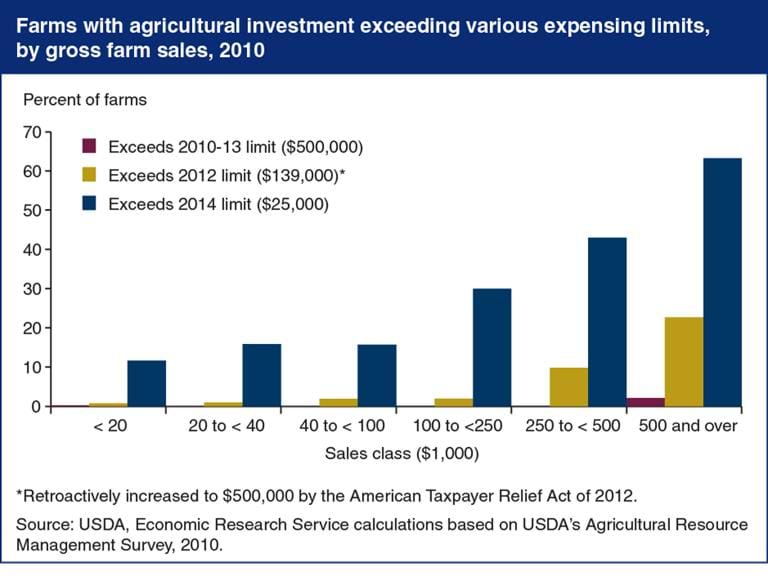 The ability of business owners, including farmers, to deduct the cost of depreciable capital in the year of purchase reduces their tax liability and encourages additional investment. Although the cap is scheduled to drop in 2014, the American Taxpayer Relief Act of 2012 extended provisions allowing depreciable property to be expensed currently, while retroactively raising the 2012 expensing limit. Based on the 2010 Agricultural Resource Management Survey (ARMS), about 18 percent of all farms reported investing more than the prior 2012 expensing limit of $139,000, while just over 1 percent invested more than the revised limit of $500,000. If the expensing limit drops to $25,000 in 2014, as current law provides, large farms would be affected most. Less than 20 percent of small farms (those with less than $250,000 in annual sales) invested more than $25,000 in 2010, while nearly 55 percent of large farms reported capital purchases exceeding that amount. This chart is found in the February 2013 edition of Amber Waves magazine.