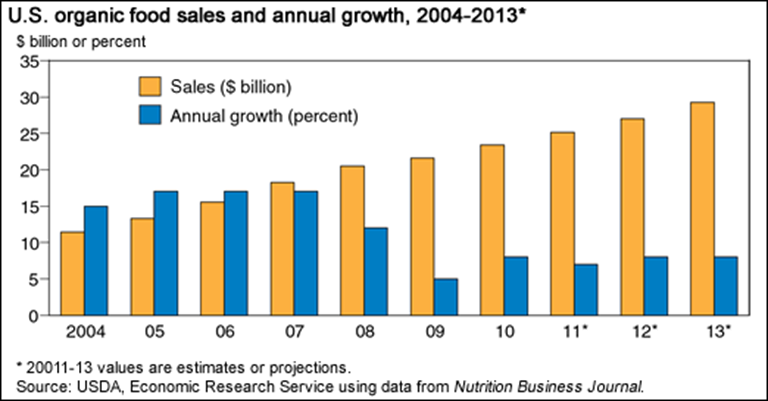 Organic food sales in the United States have increased from approximately $11 billion in 2004 to an estimated $27 billion in 2012, according to the Nutrition Business Journal. Organic food products are still gaining ground in conventional supermarkets as well as natural foods markets, and organic sales accounted for more than 3.5 percent of total U.S. food sales in 2012. Markets for organic vegetables, fruits, and herbs have been developing for decades in the United States, and fresh produce is still the top-selling organic category in retail sales. Although the annual growth rate for organic food sales fell from the double-digit range in 2008 as the U.S. economy slowed, its 7.4-percent growth rate in 2012 was more than double the annual growth rate forecast for all food sales in 2012. This chart appears in Agricultural Resources and Environmental Indicators, 2012 Edition, EIB-98, August 2012.