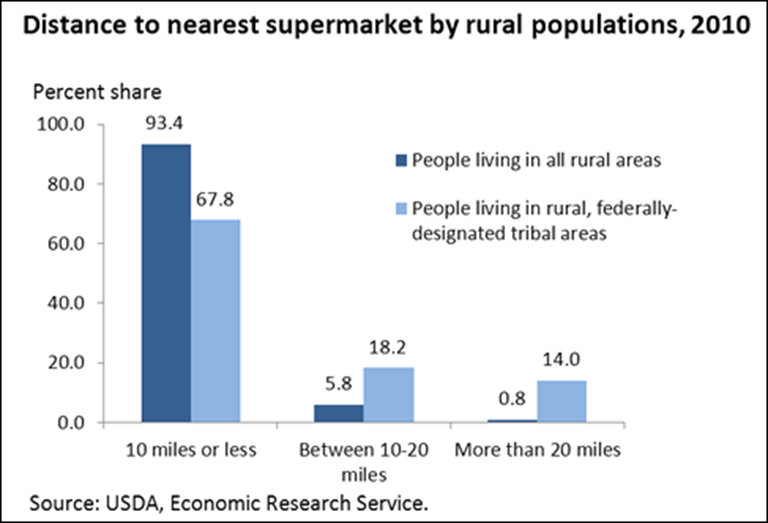 Efforts to encourage Americans to eat more nutritious foods presume that a wide variety of these foods are accessible to all. But some Americans, including those living in tribal areas, may lack access to stores that carry both healthful and affordable foods. More than 1.3 million people reside in federally-designated tribal areas in the United States, and 71.5 percent of them live in rural areas. In 2010, 14 percent of people living in rural tribal areas lived more than 20 miles from a supermarket, and another 18.2 percent lived between 10 and 20 miles from the nearest supermarket. A greater share of the rural tribal area population lived farther than 20 miles from the nearest supermarket than the share of the total U.S. rural population (0.8 percent). The statistics for this chart can be found in the ERS report, Access to Affordable and Nutritious Food: Updated Estimates of Distance to Supermarkets Using 2010 Data, ERR-143, November 2012.