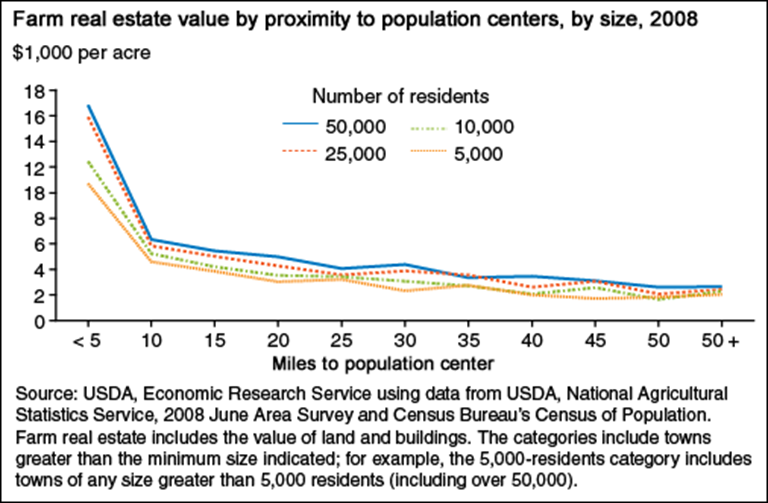 Over the last decade, most regions of the country experienced a boom-and-bust cycle in housing values. Because farmland is often the source of land used for new residential construction, changes in housing markets can affect farmland values. The value of farm real estate is typically highest for farmland located less than 10 miles from the borders of a population center, and then tapers off at greater distances. Further, farm real estate values are higher for farmland near larger cities. For example, the average value in 2008 for agricultural parcels within 5 miles of a city of at least 50,000 residents is approximately $16,801 per acre, while the average value for parcels within 5 miles of a town with at least 5,000 residents is $10,705. While the effects of the housing downturn may have the largest impacts on farmland near population centers, residential housing exists even in the most rural areas—so changes in rural housing markets have the potential to affect the values of far more farmland. This chart is found in "Farmland Values on the Rise: 2000-2010" in the September 2012 issue of ERS's Amber Waves magazine.