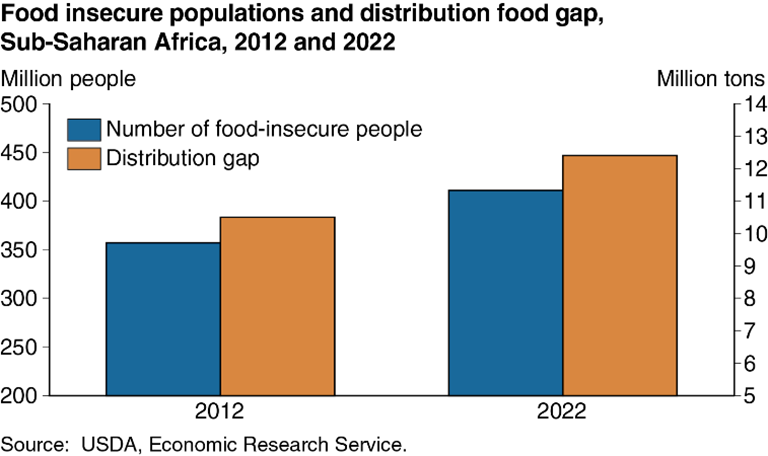 In recent years, the real gross domestic product in Sub-Saharan Africa (SSA) has grown 5 to 6 percent per year, among the highest regional growth rates in the world. In most countries in the region, even food production has grown on a per capita basis, an outcome that seemed unreachable a decade ago. However, at the aggregate level, the number of food-insecure people (those consuming less than 2,100 calories per day) in SSA is projected to rise over the next decade. The food distribution gap, which takes into account unequal purchasing power within countries by measuring the amount of food needed to raise consumption in each income decile to the nutritional target of approximately 2,100 calories per person per day, is also projected to rise. However, both of these indicators are expected to grow more slowly than the region's population, and the share of the region's population that is food insecure is projected to fall. This chart appears in "Factors Affecting Food Production Growth in Sub-Saharan Africa" in the September 2012 issue of ERS's Amber Waves magazine.