Prevalence of food insecurity has changed little since 2008-09 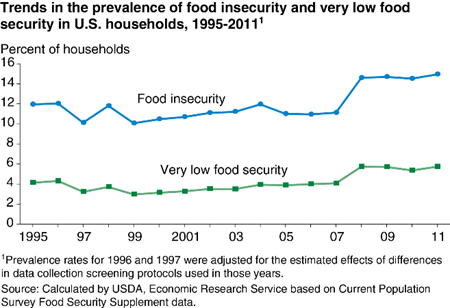