Ethanol strengthens the link between agriculture and energy markets 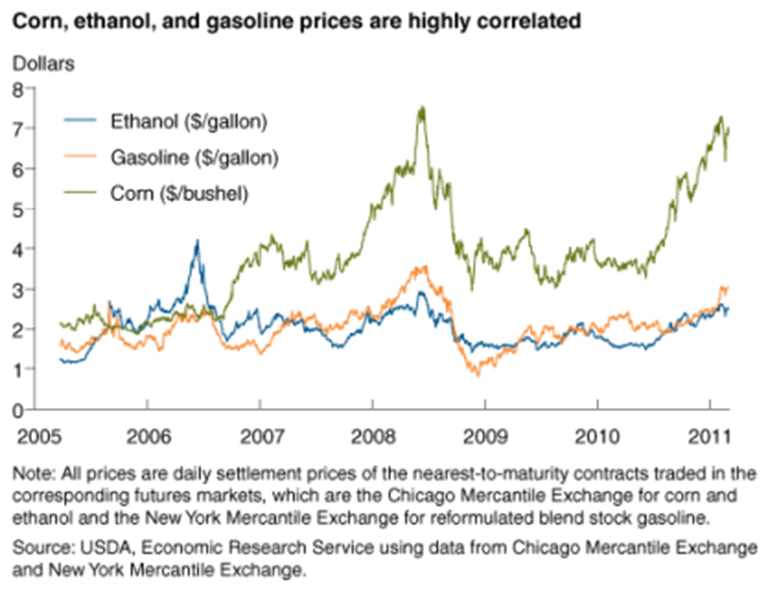 Historically, the correlation between agricultural prices and energy prices was weak and primarily reflected the role of energy as an input in agricultural production. However, the growing use of corn to produce energy has strengthened the link between these two markets. A recent study by an ERS economist found that price relationships between the U.S. corn and gasoline markets strengthened significantly after March 2008 and continue to be highly correlated. From March 2008 to March 2011, ethanol supply and demand accounted for about 23 percent of the variation in the price of corn, while corn market conditions accounted for about 27 percent of ethanol's price variation. At the same time, about 16 and 17 percent of gasoline price variation can be attributed to shocks to ethanol and corn markets, respectively. The impacts of corn and ethanol prices on gasoline price volatility are surprisingly large given that ethanol is only a small portion of the overall energy market. This chart appeared in the June 2012 issue of Amber Waves magazine.