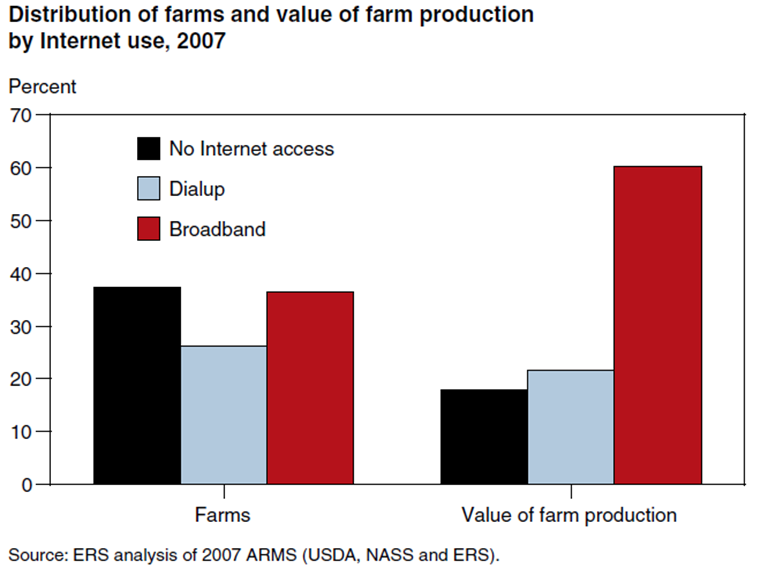 One of the salient features of the Internet is its capacity to provide information quickly and cheaply compared to other dissemination methods, which may reduce the costs of communicating, transacting, and sourcing information. With improved information and knowledge, individuals' perception of products and services provided by businesses would be more accurate. As a result, Internet use may lead to greater efficiency in the agricultural and other rural business sectors. With respect to broadband usage among farm businesses, respondents to the 2007 Agricultural Resources Management Survey (ARMS) were asked if they had Internet access and if it was "high-speed." A majority of farms (63 percent) reported using the Internet in their farm business. Among those using the Internet, the predominant access method was broadband and this group of users accounted for over 60 percent of U.S. farm production. This chart appeared in the report, Broadband Internet's Value for Rural America, ERR-78, August 2009.