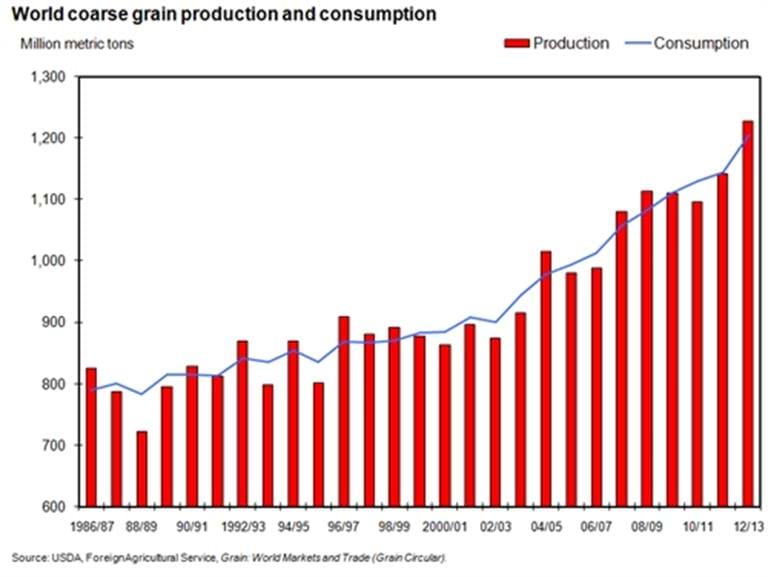 World coarse grain production in 2012/13 is forecast to increase more than 7 percent to a record 1,228 million tons, boosted by record corn crops by the United States and major foreign producers. The U.S. corn harvest outlook is strengthened by the combination of a 75-year high in intended plantings and prospects for above trend yields. Foreign producers, including China, Brazil, Argentina, and Ukraine are also expected to respond to the sustained high coarse grain prices of recent years with production of record corn crops. Foreign coarse grain harvested area in 2012/13 is projected up 2 percent due to higher prices, while forecast yields are based on trends until more information becomes available on weather conditions. Although both U.S. and foreign coarse grain consumption are also projected higher on improving demand and ample supplies, the record harvests enhance chances for lower prices and higher stocks in 2012/13. This chart comes from Feed Outlook, FDS-12e, May 2012.