Americans grab a bite or take a sip during any activity, except sleeping 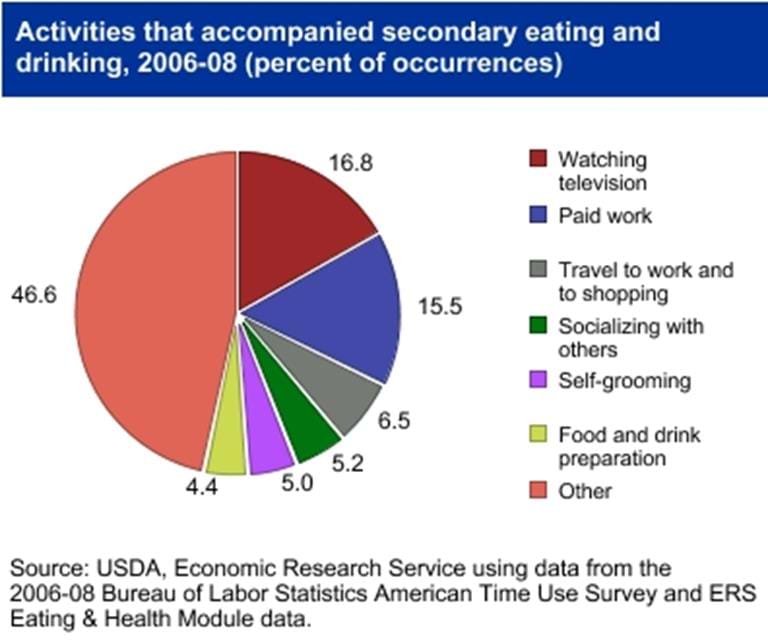