The pace of U.S. urbanization slows 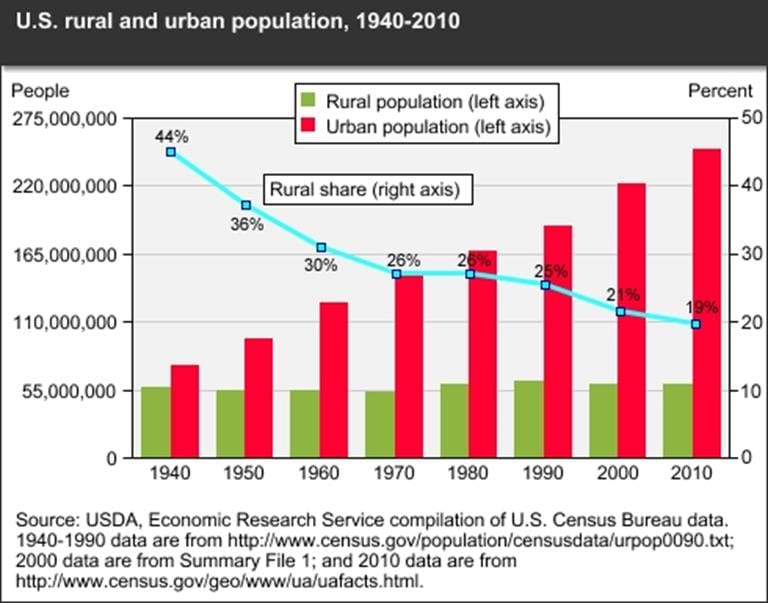 Urbanization remains a dominant trend in U.S. population change, but the rate of urbanization slowed during 2000-10. During the 1990s, the rural population declined from 61.7 million to 59.1 million and the share of the population living in rural areas dropped to 21 percent. In contrast, rural population grew by almost a half million people during 2000-10. Nonetheless, the rural population share continued to fall because urban areas continued to grow at a faster pace during the 2000s. During the 1950s and 1960s, migration from rural areas was a major contributor to urbanization, but today rural outmigration is less important than other demographic factors. Urban areas have a younger population and thus experience higher birth rates and lower death rates on average. Immigrants to the U.S. mostly choose urban destinations. In addition, suburbanization means that large portions of rural territory get reclassified as urban every decade. This chart is based on data available in the Rural Classifications topic on the ERS website, supplemented with historical U.S. Census Bureau data.