Nonmetro unemployment down in 2011 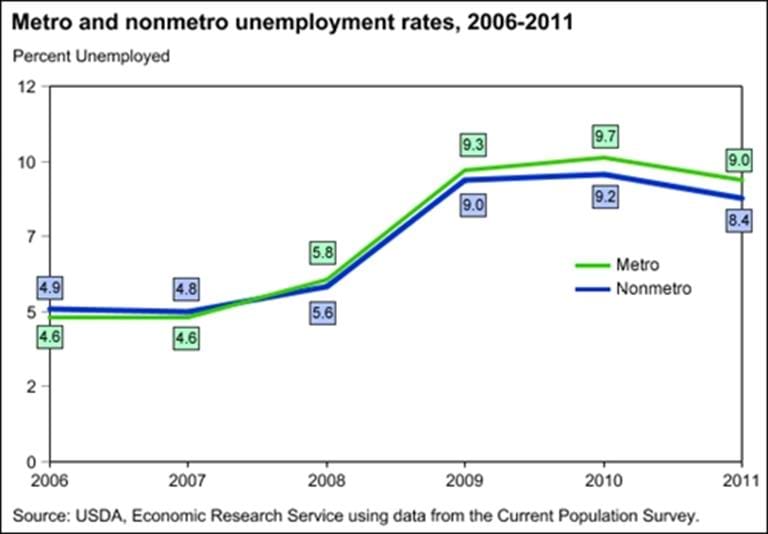