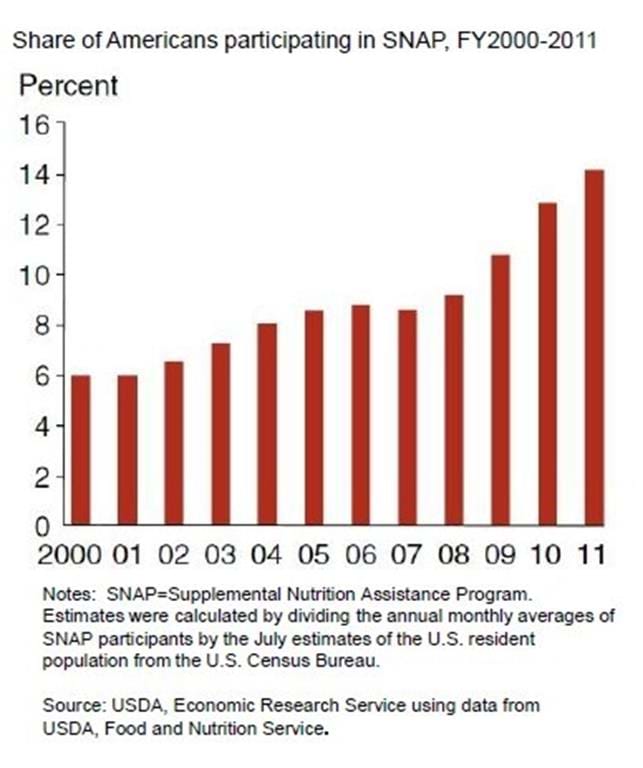 In fiscal 2011, an average of 44.7 million people per month participated in USDA's Supplemental Nutrition Assistance Program (SNAP), the largest number ever to participate and 11 percent more than during the previous year. SNAP benefits per person averaged $134 per month in fiscal 2011, and Federal spending for the program totaled $75.3 billion. On average, 14 percent of Americans participated in SNAP each month during fiscal 2011, over twice the rate a decade earlier. This chart appears in The Food Assistance Landscape, FY 2011 Annual Report, EIB-93, released March 19, 2012.