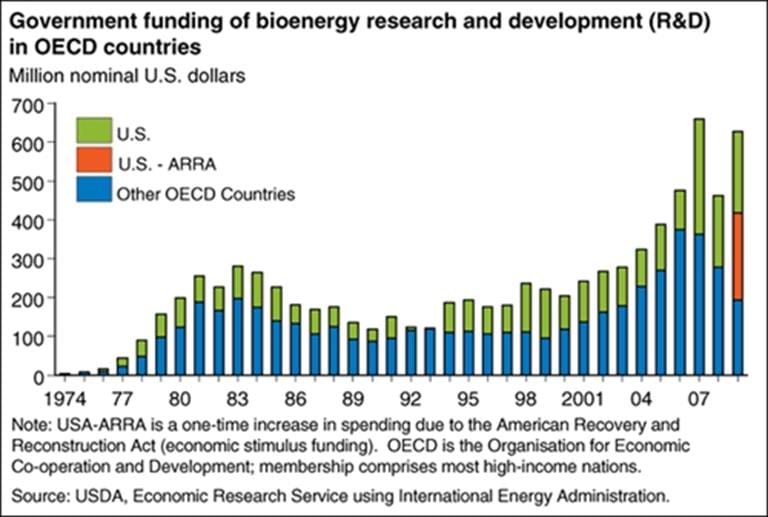 Government support for bioenergy R&D began in the 1970s following the energy crises of that period. Funding of bioenergy R&D in OECD countries waned in the 1980s but began to recover in the 1990s and then tripled between 2000 and 2007, rising from around $200 million per year to over $600 million per year. R&D bioenergy expenditures fell after 2007 in many OECD countries with the onset of the global financial crisis and economic recession but were boosted in 2009 in the United States by economic stimulus funding provided by the American Recovery and Reconstruction Act of 2009 (ARRA). Historically, the U.S. Government has invested more on biofuel-related R&D than any developed country, accounting for nearly 40 percent of total public bioenergy R&D by OECD countries since 1974. Other OECD countries with major bioenergy R&D programs include Canada, Japan, and Sweden. This chart is found in the ERS report, Research Investments and Market Structure in the Food Processing, Agricultural Input, and Biofuel Industries Worldwide, ERR-130, December 2011.