Degree of urban influence has increased since 1980 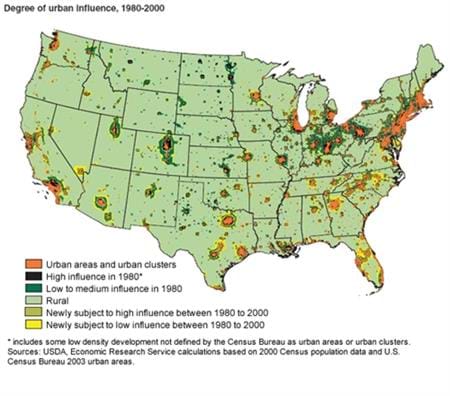