U.S. beef imports from Mexico continue to be strong 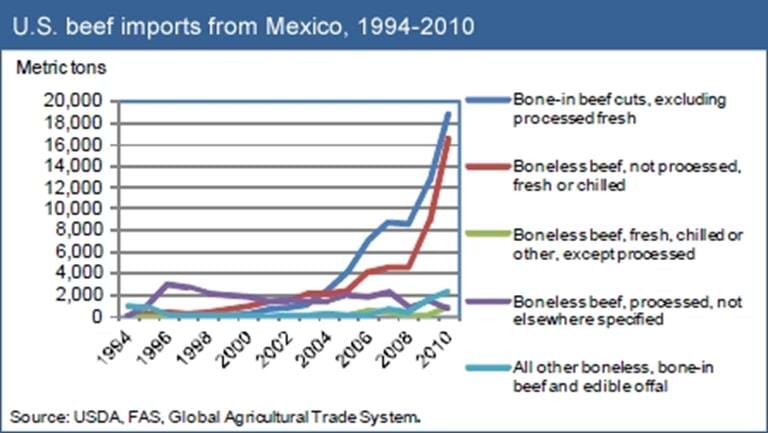 U.S. beef imports from Mexico have at least doubled in each of the last 2 years, continuing an upward trend that began in 2003. Beef imports from Mexico in 2010 totaled 107 million pounds, making Mexico the fifth largest exporter of beef to the United States. Through November 2011, imports of beef from Mexico increased by 46 percent over the same period in 2010. There are two reasons for the increasing exports of Mexican beef to the United States: (1) an increase in the number of Mexican slaughter plants meeting inspection standards similar to those in the United States, and (2) an increase in production of grain-fed beef in Mexico, the quality of beef that most often meets the tastes and preferences of U.S. consumers. This chart comes from the Livestock, Dairy, and Poultry Outlook, LDP-M-211, released January 19, 2012.