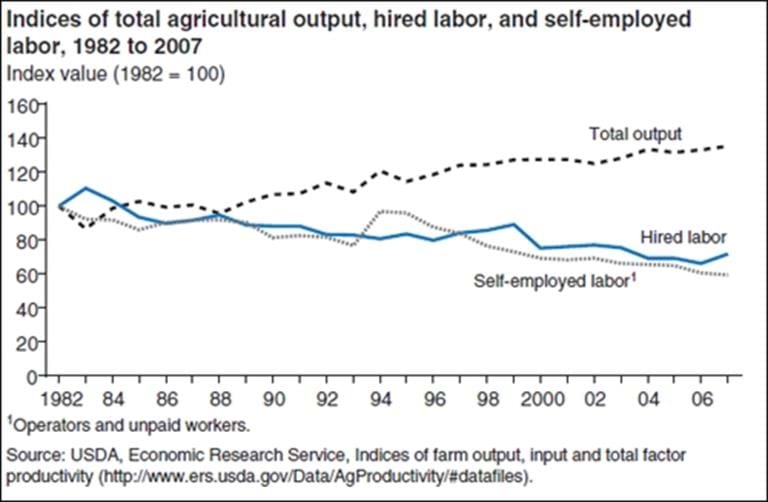 Hired and operator labor has trended downward in recent years, even as farm output has increased. By 2007, farming used 30 percent less hired labor and 40 percent less operator (and unpaid) labor than in 1982, while farm output was 35 percent higher than in 1982. About two-thirds of the growth in output per hour of work came from growth in total factor productivity-as farmers adopted technological change, such as biotechnology, improved animal husbandry, improvements in machinery and chemicals, and more efficient farm size/organization. This chart comes from the ERS report, The Changing Organization of U.S. Farming, EIB-88, December 2011.