When do Americans eat and drink? 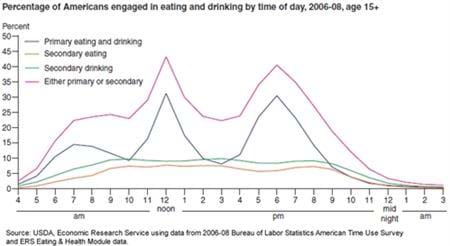