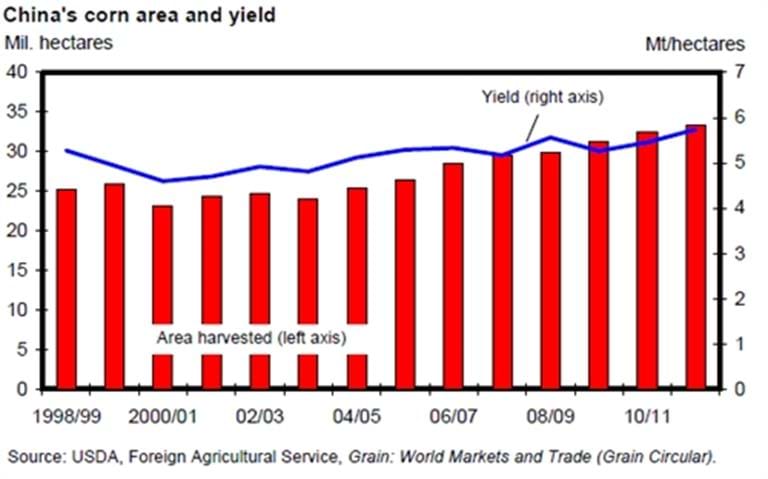 For the month of December, world 2011/12 corn production is forecast up 8.5 million tons to a record 868 million tons, primarily due to a large increase in China's production. China's National Bureau of Statistics released estimates of national corn production this month, many months earlier than usual and with provincial detail for total grain. Both area and yield are increased from earlier projections, boosting 2011/12 production to a record 191.75 million. Harvested area is up this month to 33.4 million hectares, a 3-percent increase from 2010/11, continuing an 8-year trend in increasing planted area. Good returns have supported corn replacing other crops, especially soybeans. Rainfall and temperatures through the growing season were mostly favorable, supporting record corn yields, up this month to 5.74 tons per hectare, 5 percent higher than 2010/11. It is exceptional that a country as large as China had no corn areas with significant floods or drought. This chart is found in the December 13, 2011 Feed Outlook, FDS-11l.