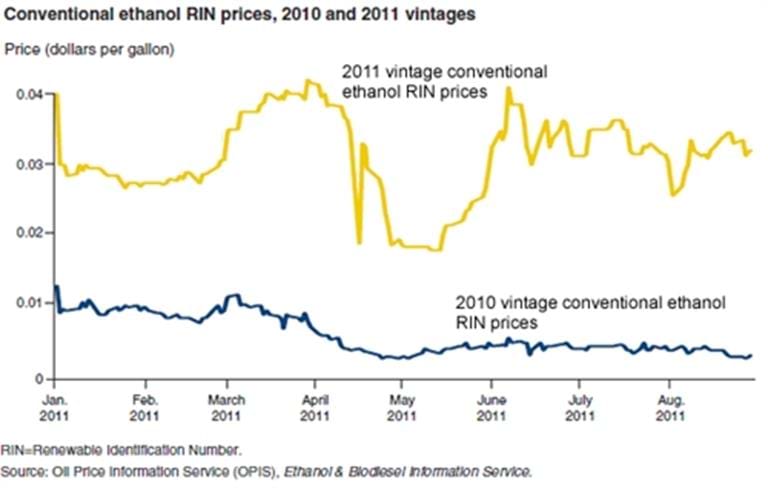 Renewable Identification Numbers (RINs) are a system used to facilitate compliance with the annual mandates of the Renewable Fuel Standard (RFS). The RFS covers mandates for overall biofuel, as well as sub-components of cellulosic biofuel, advanced biofuel, and biomass-based diesel. Corn-based ethanol is considered a "conventional" biofuel. RINs for both 2010 and 2011 vintages are available during 2011. For January-August 2011, conventional ethanol RIN prices were low, with 2011 vintage prices averaging about 3 cents and 2010 vintage prices under 1 cent. These low RIN prices imply that more than enough conventional biofuel is being produced to satisfy the corresponding portion of the RFS mandate. Other factors, such as high crude oil prices, have encouraged the production of conventional ethanol. This chart is found in The Renewable Identification Number System and U.S. Biofuel Mandates, BIO-03, November 2011.