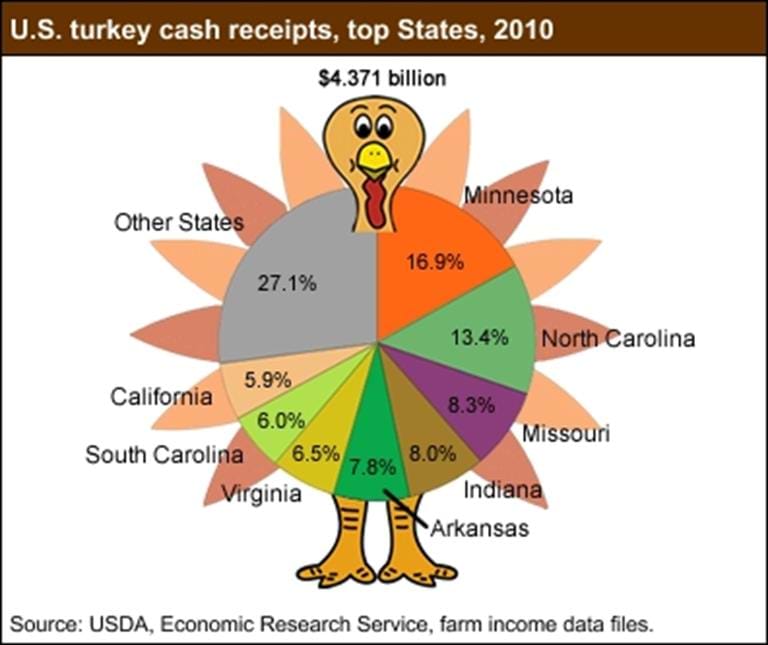 The U.S. turkey industry produces over one-quarter of a billion birds annually, with the live weight of each bird averaging over 25 pounds. Production of turkeys is somewhat more scattered geographically than broiler production. In terms of cash receipts, the top five turkey-producing States in 2010 were Minnesota, North Carolina, Missouri, Indiana, and Arkansas. The United States is by far the world's largest turkey producer, followed by the European Union. Even though exports are a major component of U.S. turkey use, the United States consumes more turkey per capita than any other country. This chart is based on ERS cash receipts data and information found in the Poultry & Eggs topic.