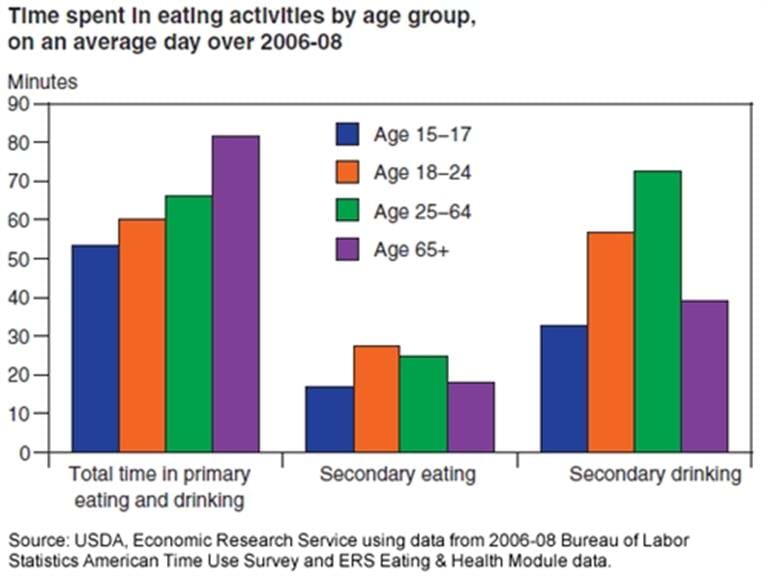 On an average day over 2006-08, Americans age 15 and older spent about 2.5 hours eating or drinking. Slightly less than half of that time (67 minutes) was spent eating and drinking as a primary or main activity. The remaining time was spent in secondary eating and drinking, that is, while doing something else considered primary (such as watching television, working, or driving) and in waiting to eat or traveling to the meal destination. People age 65 and older spent considerably more time in primary eating and drinking than other age groups, and teens age 15-17 spent the least amount of time in both primary and secondary eating/drinking. This chart appeared in How Much Time Do Americans Spend on Food?, EIB-86, November 2011.