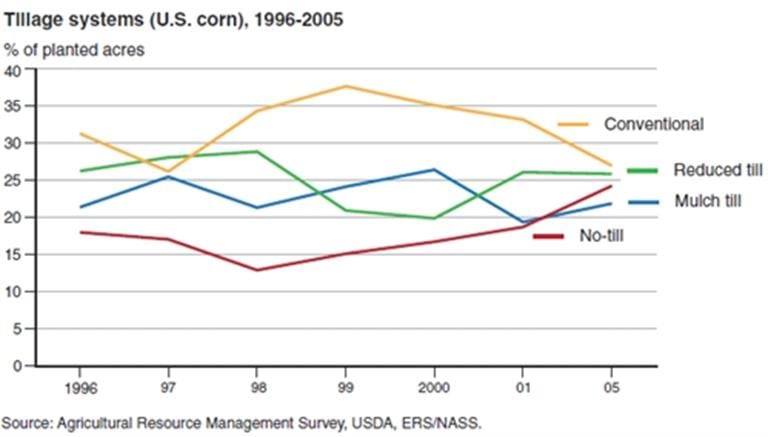 No-till and mulch till are conservation tillage practices that leave at least 30 percent of the soil covered by crop residues after planting, while reduced-till leaves 15-30 percent and conventional tillage leaves less than 15 percent of the soil covered. Reducing soil erosion and mitigating the impact of higher energy prices are both motivations for reducing tillage. The use of no-till in U.S. corn production has been increasing since 1998, and conventional tillage has declined since 1999. Herbicide-tolerant (HT) crops became more popular over this period, as these crops allow the application of glyphosate directly over post-emergent plants to control a larger weed problem often associated with no-till. This chart comes from the ERS report, On the Doorstep of the Information Age: Recent Adoption of Precision Agriculture, EIB-80, August 2011.