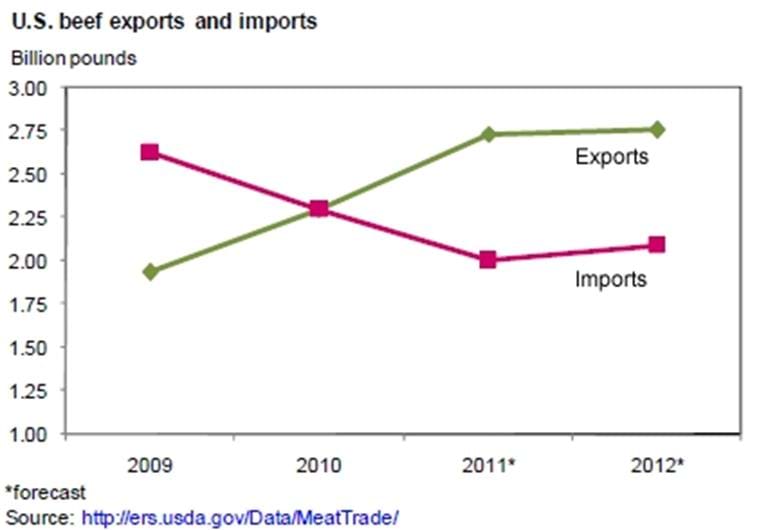 As of October, total U.S. beef exports are forecast at over 2.73 billion pounds in 2011, up nearly 19 percent over 2010. Beef exports in 2012 are forecast slightly higher, at 2.76 billion pounds. Growth in beef exports to several major U.S. beef export markets continues to be strong. Through August, exports to South Korea and Japan were 50 and 38 percent higher than a year earlier, respectively. Exports to Russia have continued to outpace year-earlier levels through August (up 72 percent), placing the United States behind Paraguay as the sixth largest exporting country of beef to Russia thus far in the year. U.S. beef imports for 2011 are forecast at 2 billion pounds-a year-over-year decline of almost 13 percent. Tightened exports to the United States from Oceania, in part a function of the exchange rate, continue to constrain U.S. import totals. This chart if from the October 18, 2011 Livestock, Dairy, and Poultry Outlook, LDP-M-208.