Implications of the base-10 provisions of the 2008 Farm Act vary across U.S. counties 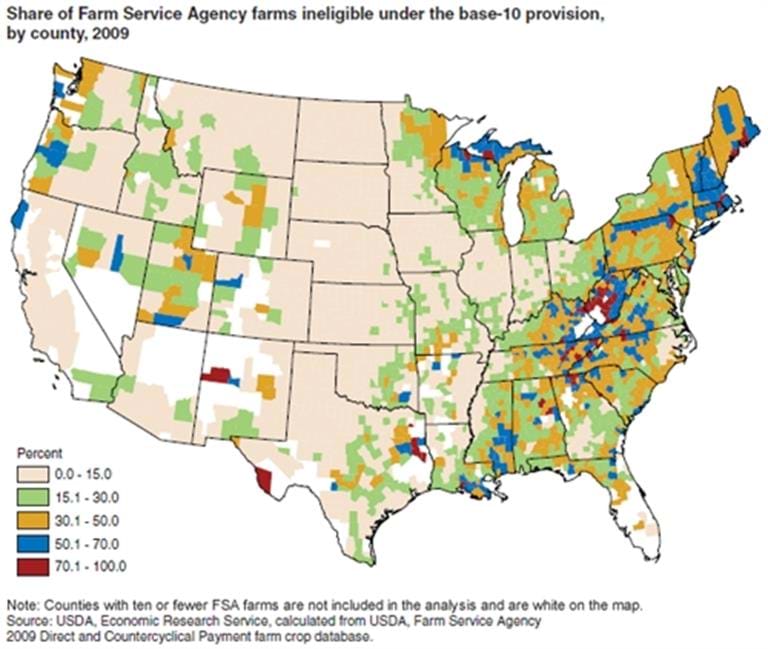 The Food, Conservation, and Energy Act of 2008 (2008 Farm Act) eliminated direct and countercyclical payments (DCP) and average crop revenue election program payments to farms with 10 or fewer base acres. The East Coast is relatively more affected by the base-10 provision of the 2008 Farm Act than the Midwest and the West Coast. Farms in the Midwest and along much of the West Coast typically have more base acres per farm than farms in other parts of the United States; thus, the provision has had little effect within these high-base-acre areas. This map is found in the ERS report, An Analysis of the Limited Base Acre Provision of the 2008 Farm Act, EIB-84, October 2011.