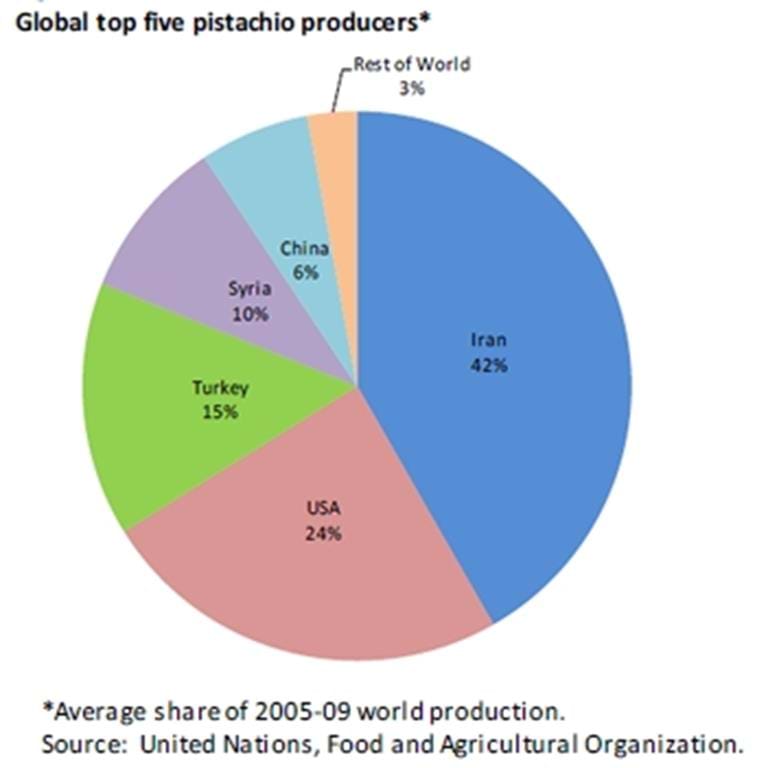 Since 1977, U.S. pistachio production has increased rapidly, starting at 1.8 million pounds (shelled basis) to 250.1 million pounds in 2010-a recordbreaking harvest. The rapid growth in U.S. pistachio production has made it the second largest producer in the world, after Iran. From 2005 to 2009, Iran provided 42 percent of the world total and the United States provided 24 percent. Previously the average of 1998-2001 world production had the U.S. producing 20 percent. Since then, the United States has increased its share of global production as have Turkey and Syria, while Iran has seen a decline in average production. This chart comes from the September 30, 2011 Fruit and Tree Nut Outlook, FTS-349.