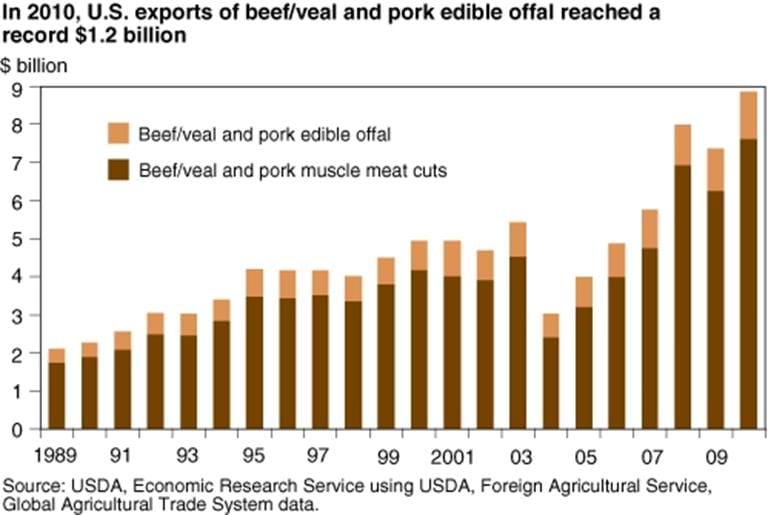 In the U.S., edible offal (animal organs such as liver, heart, and stomach) is used to produce sausages, hot dogs, and other processed meat products; it is also a major ingredient in pet foods. In foreign markets, demand for U.S. edible offal, including variety meats (edible byproducts that are segregated, chilled, and processed under sanitary conditions and are inspected for sanitation and wholesomeness by the U.S. Meat Inspection Service), is high because of its superior quality and low prices relative to domestic products. Over the past 10 years, byproducts accounted for more than 35 percent (volume) of U.S. beef and veal exports and 23 percent (volume) of U.S. pork exports. Together, edible beef/veal and pork byproduct exports account for more than 16 percent of the value of total U.S. beef/veal and pork exports. In 2010, beef/veal and pork edible offal exports reached a record level of $1.2 billion, $135 million more than the previous record set in 2009. This chart is found in the September 2011 issue of Amber Waves magazine.