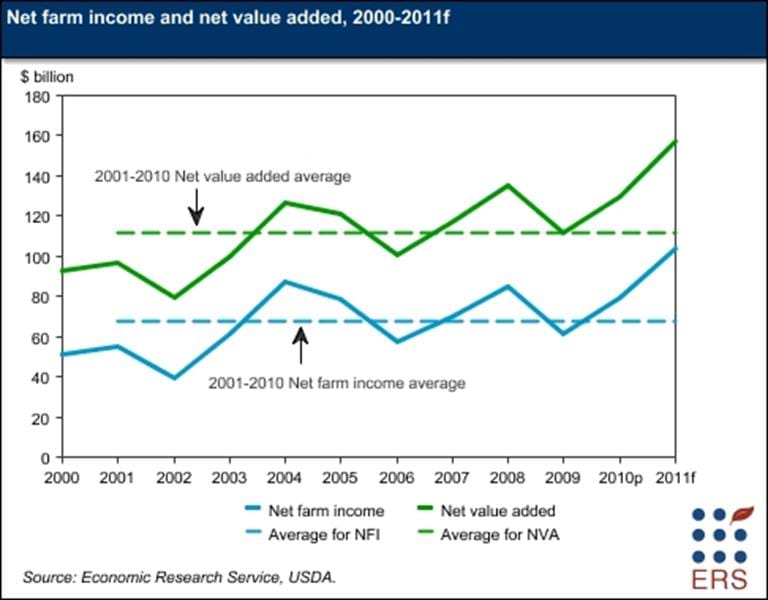 Net farm income reflects income from production in the current year, whether or not sold within the calendar year, and is a measure of the increase in wealth from production. Net farm income is forecast at $103.6 billion for 2011, up $24.5 billion for a rise of 31 percent from 2010. The 2011 forecast of net farm income is the highest inflation-adjusted value recorded since 1974. Net value added represents the total value of the farm sector's production of goods and services, less payments to other (nonfarm) sectors of the economy. It reflects production agriculture's addition to the National economic product. Net value added is expected to increase by $27.1 billion in 2011 to $157 billion. This chart is from the 2011 Farm Sector Income Forecast, on the ERS website, updated on August 30, 2011.