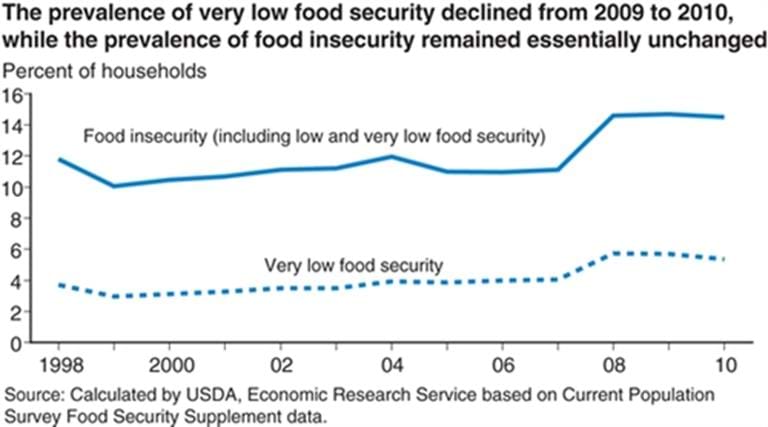 While most U.S. households have consistent, dependable access to enough food for active healthy living, some do not. In 2010, 14.5 percent of American households were food insecure-they had difficulty at some time during the year providing enough food for all their members due to lack of money and other resources. About a third of these households (5.4 percent of U.S. households) had very low food security, down from 5.7 percent of households in 2009. In households experiencing very low food security, food intake of some members was reduced and eating patterns were disrupted. This chart is from Household Food Security in the United States in 2010, ERR-125, released on September 7, 2011.