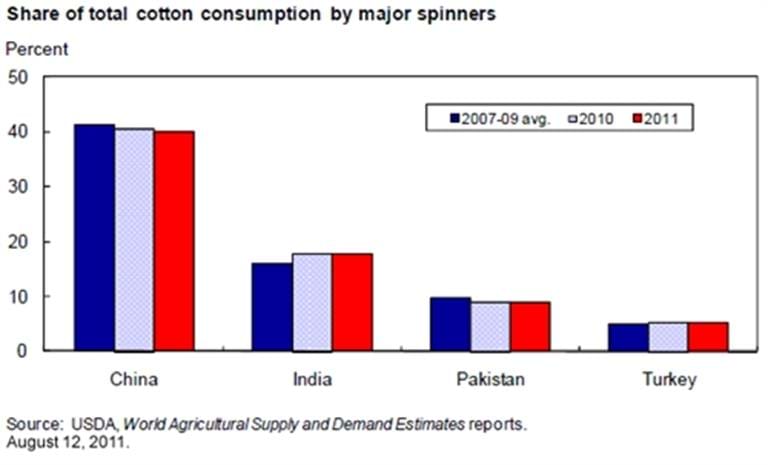 The latest (August 2011) USDA estimates for 2011/12 project global cotton consumption at approximately 115.2 million bales. After August reductions in both 2010/11 and 2011/12, cotton consumption for the current season is now forecast to grow about 1 percent after a decline of nearly 4 percent in 2010/11. The top four cotton-spinning countries-China, India, Pakistan, and Turkey-are forecast to account for nearly 72 percent of global cotton consumption in 2011/12, slightly below 2010/11 but equal to the average for the 2007-09 seasons. For China-the leading cotton spinner-the share of global consumption is forecast at 40 percent this season. Meanwhile, India-the second leading spinner-has seen its forecast share rise to 18 percent. This chart is from the Cotton and Wool Outlook, CWS-11f, August 12, 2011.