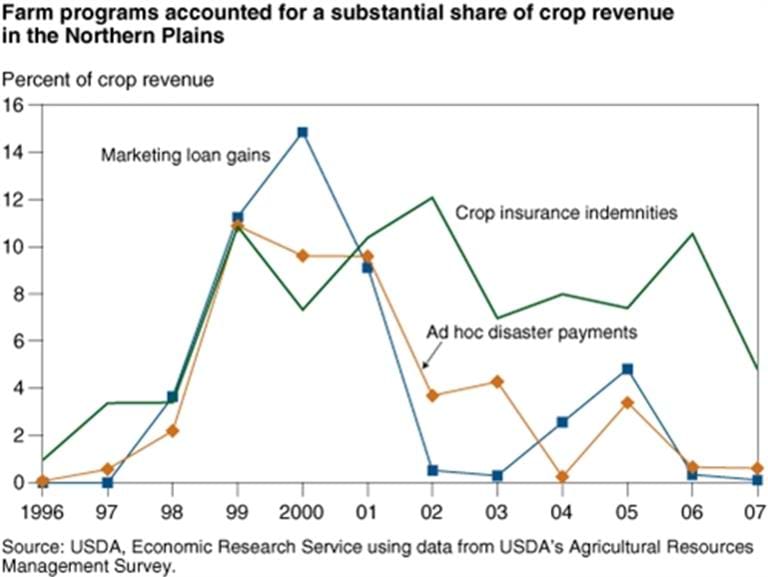 Crops grown on converted grasslands are eligible for crop insurance indemnities (with the payment of premiums that are highly subsidized by the Federal Government), disaster assistance payments, and marketing loan benefits. Payments from these programs varied between 1997 and 2007, peaking in 1999-2001 when payments in the Northern Plains equaled 30 percent or more of the market value of crop production (not including the effect of subsidized producer-paid crop insurance premiums). Marketing loan benefits spiked in 1999-2001, largely due to payments for soybeans. The pre-2002 soybean loan rate was $5.26 per bushel, while season average prices hovered around $4.50 for 1999-2001. Since 2007, corn, soybean, and wheat prices have been above their respective loan rates. This chart may be found in the September 2011 issue of Amber Waves magazine on the ERS website.