America's sweet tooth not as sweet as a decade earlier 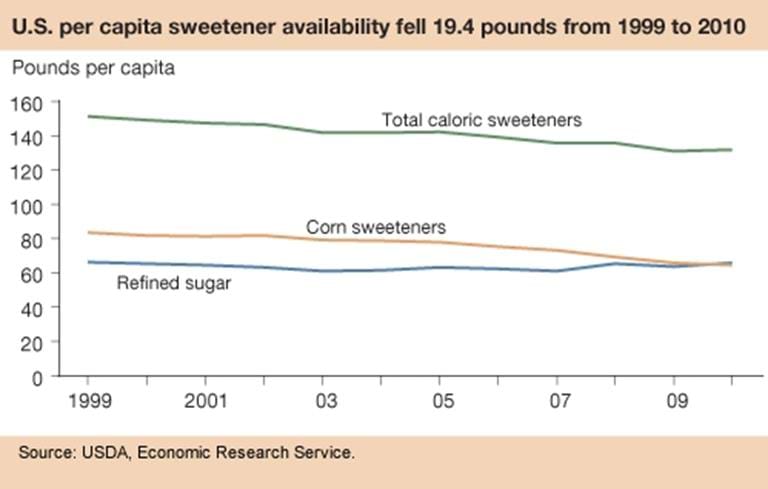 In 2010, 131.9 pounds per capita of caloric sweeteners were available for consumption by U.S. consumers, up slightly from 2009, but down from the per-person high of 151.3 pounds in 1999. For the first time since 1985, total sugar available for consumption exceeded total corn sweeteners (high fructose corn syrup (HFCS), glucose syrup, and dextrose). Rising sales of bottled water at the expense of HFCS-sweetened soft drinks have played a role in declining corn sweetener consumption. This chart appeared in the September 2011 issue of Amber Waves magazine. More information can be found in the ,Sugar and Sweeteners Outlook report, SSS-M-273, released May 16, 2011.