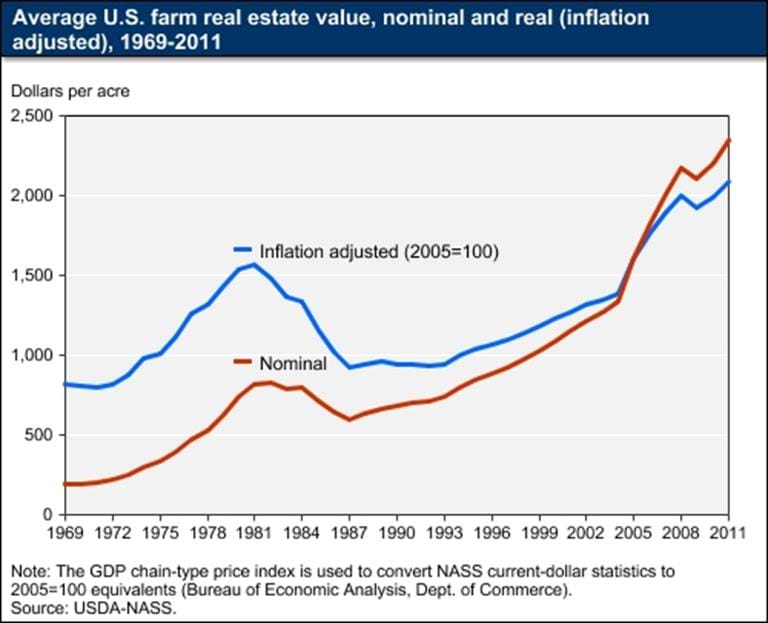 Farmland values rose throughout much of the post-World War II period. From 1969 to 1981, real farmland prices increased 92 percent as agricultural producers responded to high returns and federal policies encouraging investment in agriculture. After 1981, farmland values began to decline in response to rapidly rising interest rates and higher energy prices. Since the farm crisis of the mid-1980s, farmland real estate values (including land and buildings) have been rising in both nominal and real (i.e., inflation-adjusted) terms. Between 1994 and 2004, real values increased between 2 and 4 percent annually, and in 2005 and 2006 increased by 16 percent and 10 percent respectively. Since then, real growth in farmland values has slowed, but is still increasing by 3 to 5 percent annually. States in several regions, including the Corn Belt and Great Plains, experienced double digit growth between 2010 and 2011, while many States in the Southeast and Northeast experienced declines. This chart comes from Agricultural Land Values on the ERS website, updated in August 2011.