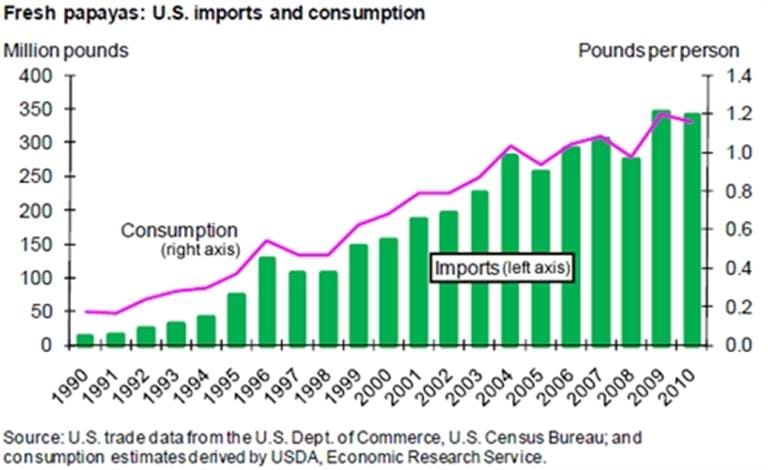 Imports play a crucial role in serving the growing market for papayas in the United States. Domestic production, which is concentrated in Hawaii, is relatively small and contracting. The number of farms growing papayas in Hawaii declined from 206 in 2001 to 177 in 2010 and production area fell from 2,720 acres to 1,250 acres. Imports, on the other hand, grew annually at an average rate of 9 percent during the same 10-year period, increasing from 186.1 million pounds to a record 344.8 million pounds in 2009. Imports fell slightly to 339.3 million pounds in 2010. With the growth in imports, fresh papaya per capita consumption in the United States grew more than 50 percent over this 10-year period, reaching an estimated 1.20 pounds in 2009-an all-time high. This chart appeared in the ERS report, Fruit and Tree Nuts Outlook, FTS-347, May 2011.