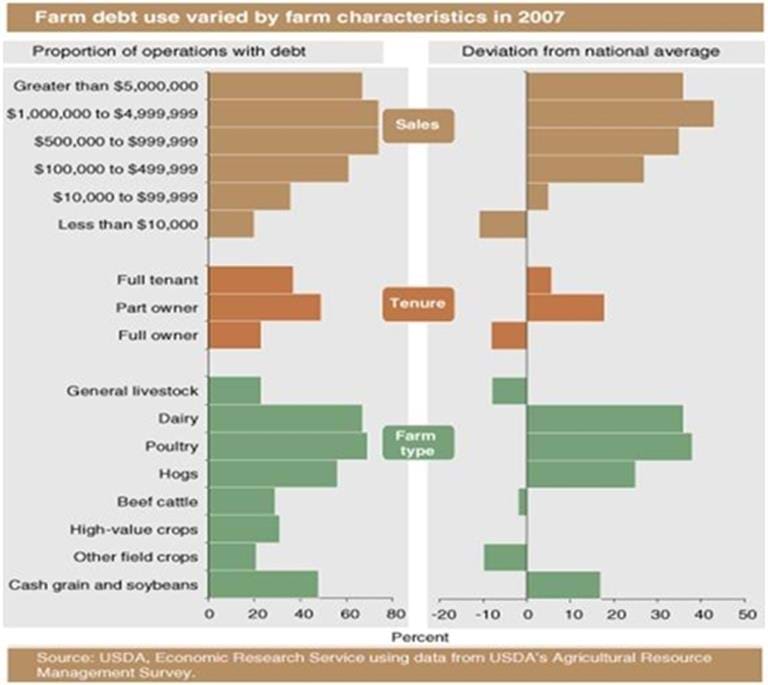 At the end of 2007, 65 percent of operators reported having no farm business debt outstanding, up from roughly 40 percent at the end of 1986 (although in both years, some of these farmers may have used and repaid debt during the year to finance farm activities). As the proportion of farmers owing debt has declined, the farm sector's outstanding debt has become more concentrated among larger operations, particularly those with capital-intensive production (such as poultry, hog, and dairy farms). Nonetheless, not all debt-free farms are small. For example, over 14 percent of farmers with annual sales between $1 million and $5 million reported owing no debt at the end of 2007. This chart was originally published in the Amber Waves article, Debt Landscape for U.S. Farmers Has Shifted, December 2009.