Western U.S. has the highest number of organic dairy cows per farm but the fewest farms 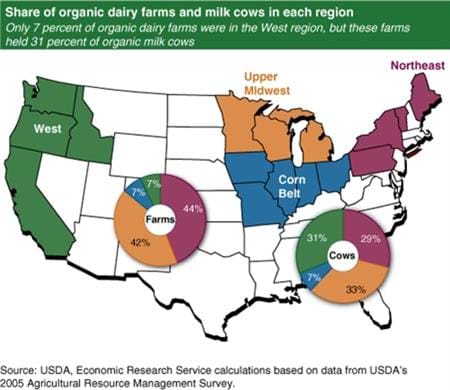