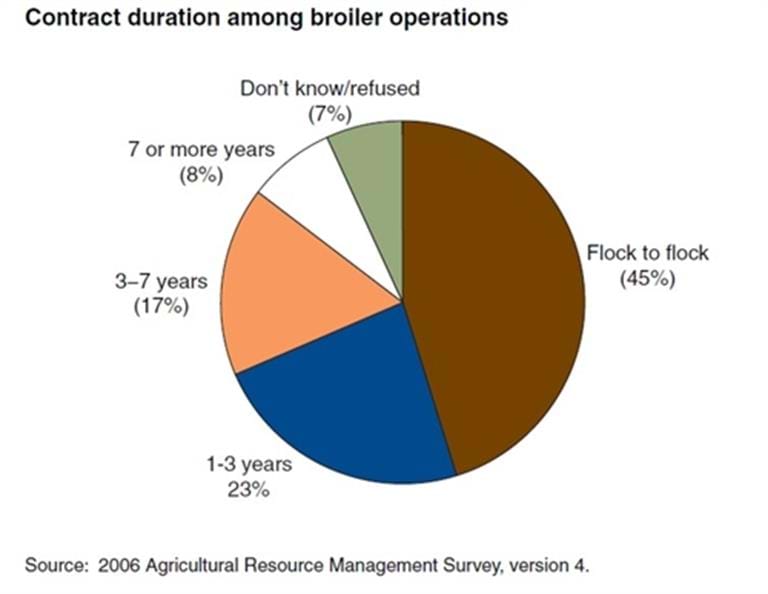 Broiler production is a long-term commitment-houses are expensive, built to last for many years, and have few alternative uses. Because of that, producers tend to have long-term relationships with those who purchase their product (referred to as 'integrators' when broilers are raised under contract). On average, producers reported holding contracts for 13 years with their current integrator in 2006. However, the actual contracts often specify very short durations. Forty-five percent of producers reported that their contracts were flock-to-flock, explicitly covering only the birds currently in their houses (5-10 weeks). Only eight percent of production contracts specified a term of at least 7 years, while the longest ran 15 years. Long durations tend to be offered to newer and larger operations. Among recent entrants, those with long-term contracts averaged half again as much production as those with shorter contracts. This chart appeared in The Economic Organization of U.S. Broiler Production, EIB-38, June 2008.