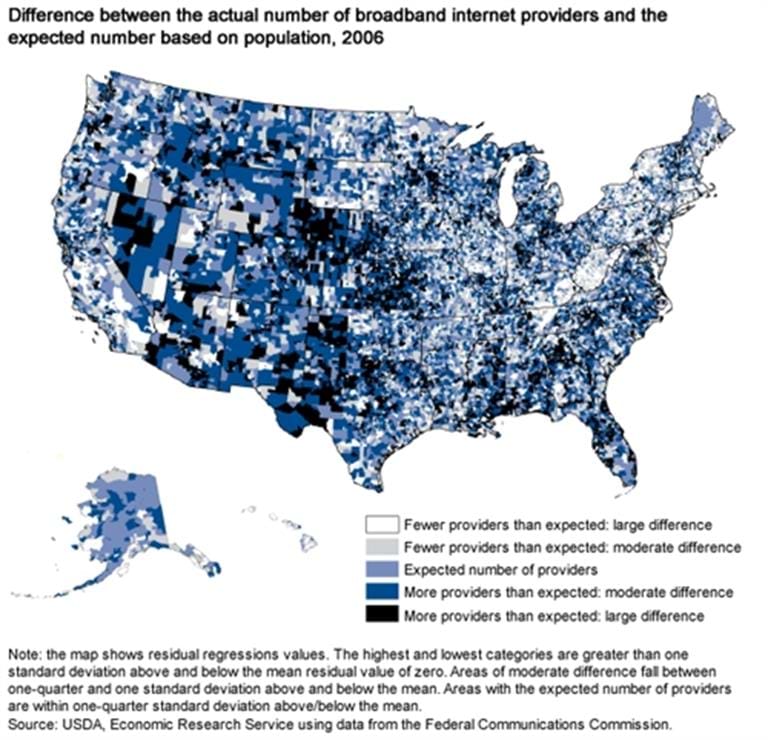 Within nonmetro areas, population size is the strongest predictor of where broadband access is likely to be available. By looking at places where the number of broadband providers is higher or lower than expected, based on the area's population size, urban concentration, and proximity to nearby population centers, we can better understand where local policy and other factors may be influencing broadband provision. In the West, higher-than-expected service occurs in the most sparsely populated sections. In Nebraska and Kansas, including the more densely settled eastern parts, broadband provision is higher than expected, compared with most neighboring States. Vermont similarly stands out among New England States. This chart appeared in the report, Broadband Internet's Value for Rural America, ERR-78, August 2009.