Fewer cows but more milk through 2020 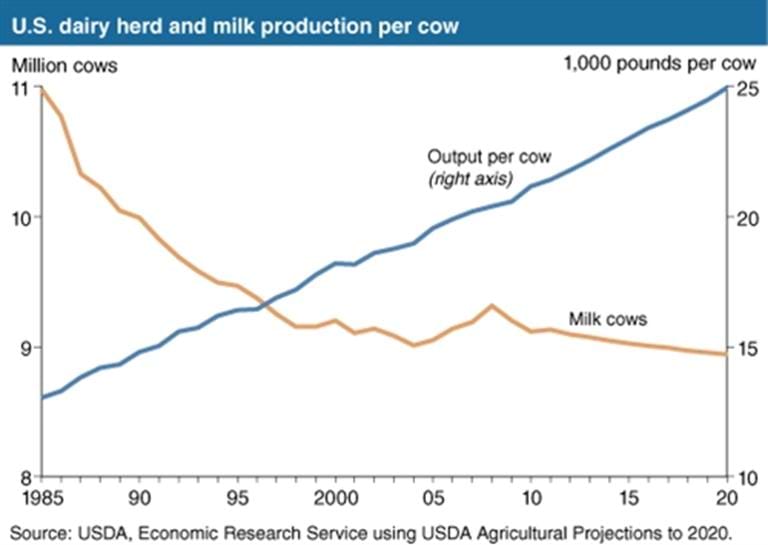 After a 4-year increase during 2005-08, milk cow numbers fell in 2009 and 2010 and are projected to continue year-to-year declines in 2012-20. Milk production is projected to continue rising in 2012-20, as continued technological and biological developments increase milk output per cow. Cow numbers decline at lower rates toward the end of the 2012-20 projection period as the transition in most regions from smaller, diversified farms to larger, specialized dairy operations matures. This chart appeared in the June 2011 issue of Amber Waves magazine.