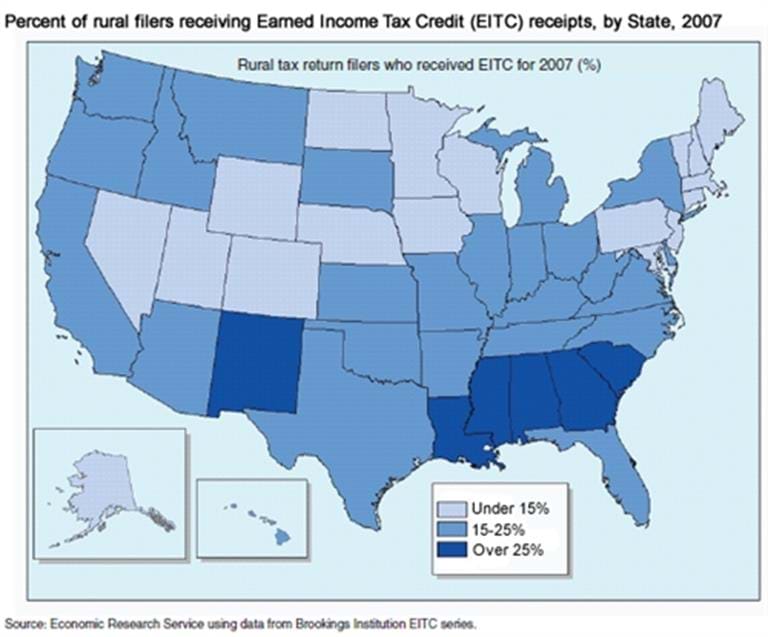 The Earned Income Tax Credit (EITC) allows a rebate to the taxpayer of any balance after the credit is applied against the tax owed to the IRS. The impact of the EITC on the rural poor is indicated in part by the geographic distribution and share of tax return filers receiving the credit. The percentage of rural taxpayers who received the EITC in 2007 was greatest in the South, where a large percentage of the Nation's rural poor has historically resided. The median rate of the EITC receipt for Southern States is 21.2 percent of rural households that filed a tax return. This compares with 13 percent of rural households in Northeastern States and 15 percent in the Midwest and the West. These differences reflect higher average income levels in rural areas outside of the South, particularly in the Northeast. This map appeared in the ERS bulletin, Federal Tax Policies and Low-Income Rural Households, EIB-76, May 2011.