Ethanol production, along with other factors, affects agricultural commodity markets 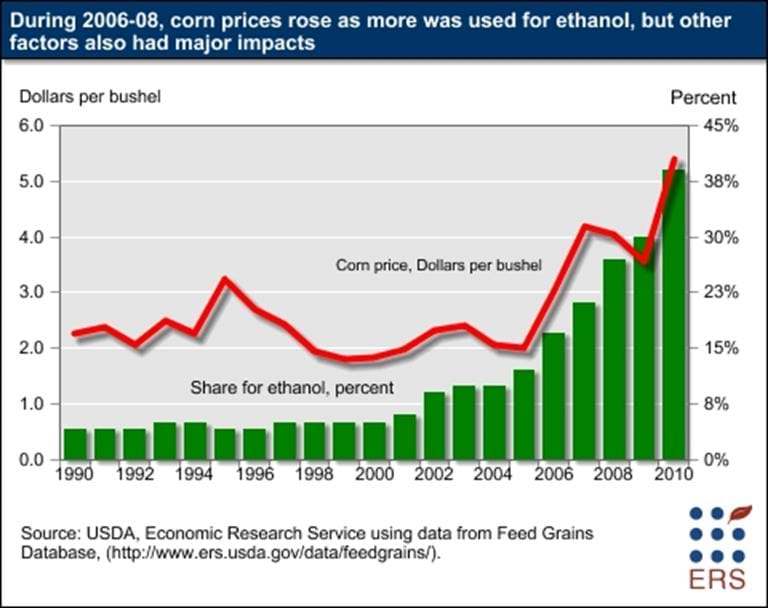 Increased ethanol production has created a new source of demand for corn that affects prices, acreage allocations, exports, and the livestock sector. Corn prices rose in tandem with ethanol production, resulting in higher incomes from corn production. Although costs for users of corn such as livestock producers, the food industry, and foreign buyers increased with ethanol production, other factors, such as low global stocks, droughts, exchange rates, policy responses by some major trading countries, and rising incomes in some countries such as India and China have also contributed to price increases, especially during the 2006-08 period. This chart is from the Bioenergy topic page, April 2011.