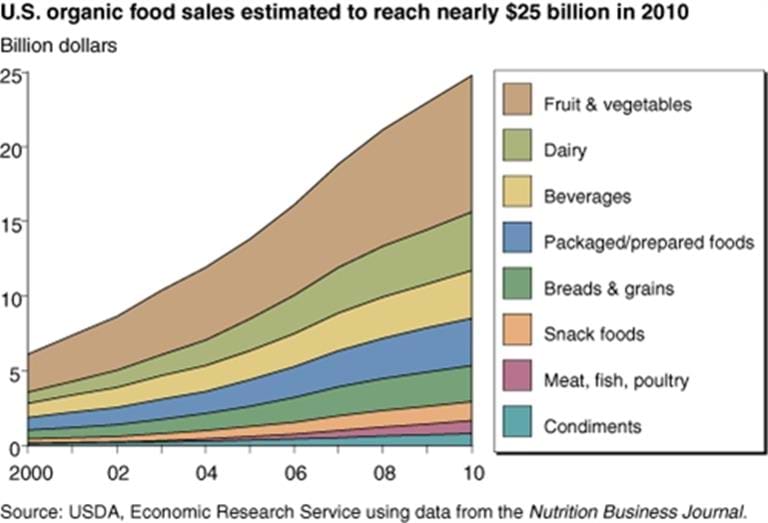 Once available only in natural product stores and farmers' markets, organic foods are now found in conventional supermarkets, value-priced big-box chains, and an expanding array of direct-to-consumer markets. U.S. organic food sales are expected to reach $25 billion in 2010, up from $3.6 billion in 1997. Organic products accounted for over 3.5 percent of food sold for at-home consumption in 2009. Produce and dairy products accounted for over half of organic food sales in 2009, followed by soymilk and other beverages, packaged foods, breads/grains, snack foods, condiments, and meat. Sales of other organic products (including herbal supplements, personal care products, flowers, linens, and clothing) started from a smaller base but are growing even faster than total organic food sales. This chart was originally published in the June 2010 issue of Amber Waves, in the feature article America's Organic Farmers Face Issues and Opportunities.