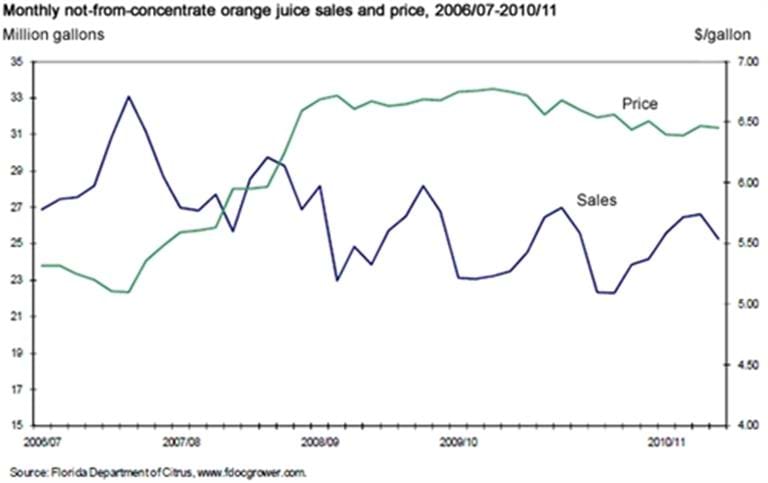 Although U.S. orange juice production is forecast by ERS to be 8-percent higher for the 2010/11 marketing season relative to the previous season, lower beginning stocks and projected reduced imports will push overall supplies to a 17-year low, driving orange juice prices higher. Both the low supplies and higher prices will work against domestic consumption, along with exports which is also projected to increase from last season. As a result, domestic consumption is projected to continue its general downward trend, falling to 1.1 billion gallons-5 percent below last year and off 18 percent from the 10-year average. This projected decline in domestic consumption is being reflected in retail sales of refrigerated not-from-concentrate (NFC) orange juice as reported by the Florida Department of Citrus using Neilsen data. Higher NFC orange juice prices were accompanied by lower NFC sales for each month, October through February, of this season (2010/11) compared with the same months in 2009/10. This chart was published in the ERS Outlook Newsletter, Fruit and Tree Nuts, FTS-346, March 30, 2011.