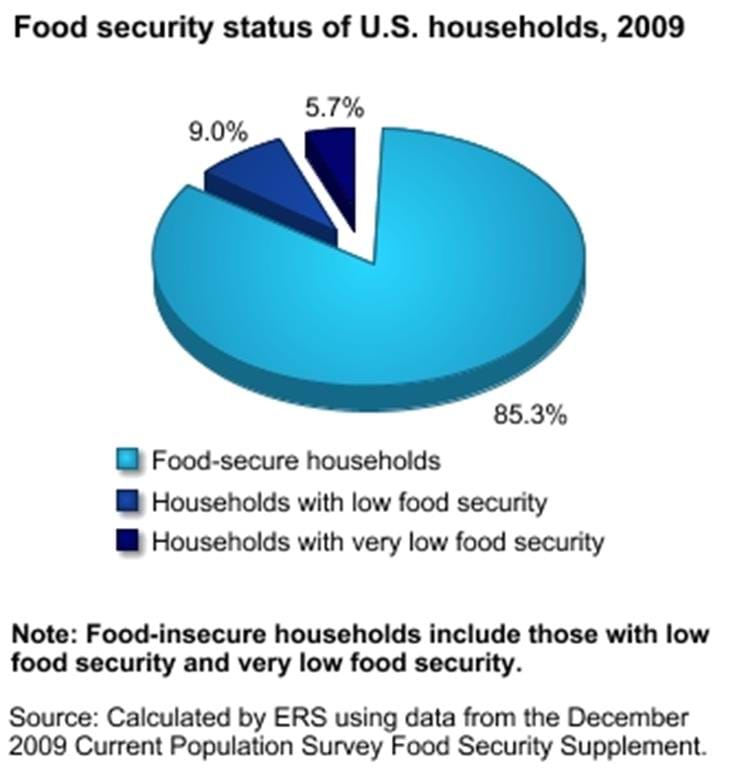 In 2009, 85 percent of U.S. households were food secure throughout the entire year, and 14.7 percent of households were food insecure at least some time during that year, essentially unchanged from 14.6 percent in 2008. Food-secure households had access, at all times, to enough food for an active, healthy life for all household members. At times during the years, food-insecure households were uncertain of having, or unable to acquire, enough food to meet the needs of all their members because they had insufficient money or other resources for food. This chart was originally published in Food Security in the United States on the ERS website in November 2010.