While U.S. soybean exports have grown over the last 25 years, the share of global trade has declined 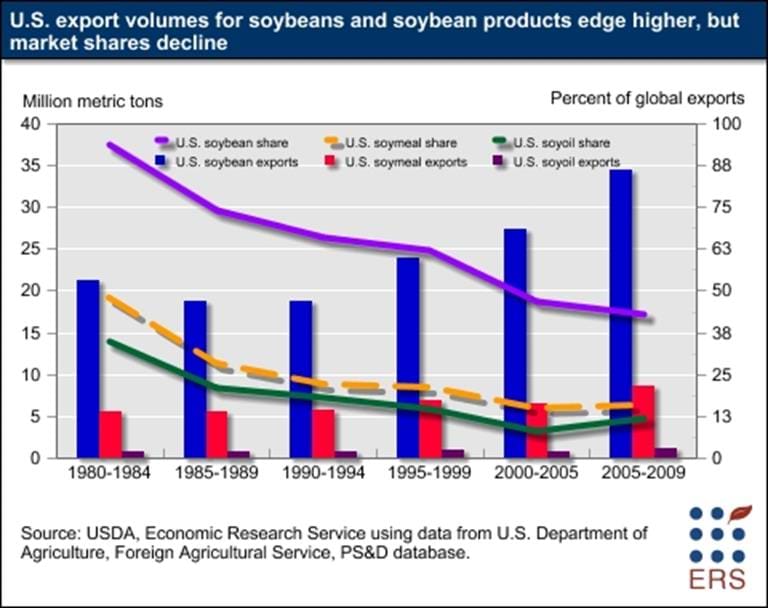 Key to this development has been the phenomenal growth of foreign soybean output and exports, particularly by Brazil and Argentina. Foreign soybean output now exceeds that of the U.S., and Brazil and Argentina currently share more than half of the soybean export market, up from less than 15 percent before 1980. With increased soybean production and rapid growth in crushing capacity, Brazil and Argentina have each surpassed the U.S. in soymeal and soyoil exports. Another factor is the recent expansion of U.S. meat exports, which stimulates domestic meal use rather than exports of soybeans or soybean meal. Brazilian and Argentine soybean and meal exports are projected to continue capturing market share from the United States in the next decade. This chart is from the Soybeans and Oil Crops briefing room, March 31, 2011.