U.S. genetically engineered (GE) crop adoption has grown steadily since their introduction in 1996 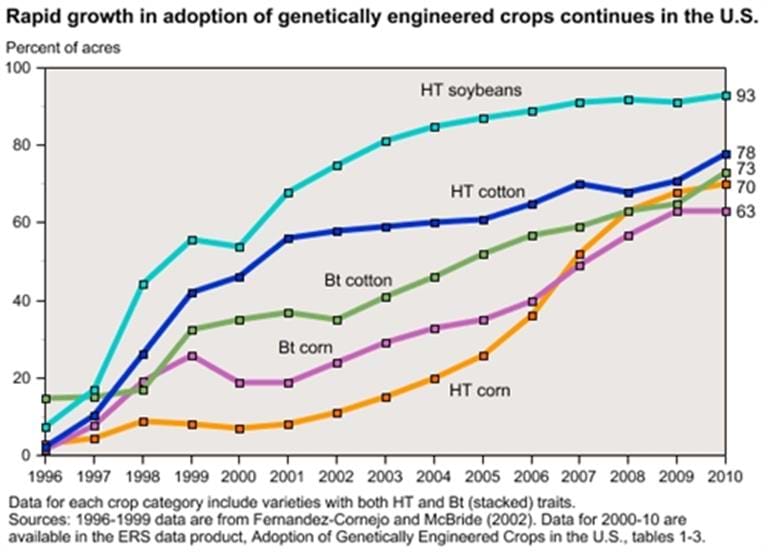 Adoption of herbicide-tolerant (HT) crops, which carry genes that allow them to survive certain herbicides that previously would have destroyed the crop along with the targeted weeds, has been particularly rapid since they first became available to farmers in 1996. HT soybeans expanded to 93 percent of U.S. soybean planted acreage, HT cotton reached 78 percent of cotton acreage, and HT corn expanded to 70 percent of the corn acreage in 2010. Adoption of insect-resistant (Bt) crops, containing the gene from a soil bacterium Bacillus thuringiensis (Bt), has also expanded. Use of Bt cotton reached 73 percent of planted cotton acreage in 2010 and Bt corn use grew from about 1 percent of corn acreage in 1996 to 63 percent in 2010. This chart and the underlying data are available in the ERS data product, Adoption of Genetically Engineered Crops in the U.S., July 2010.