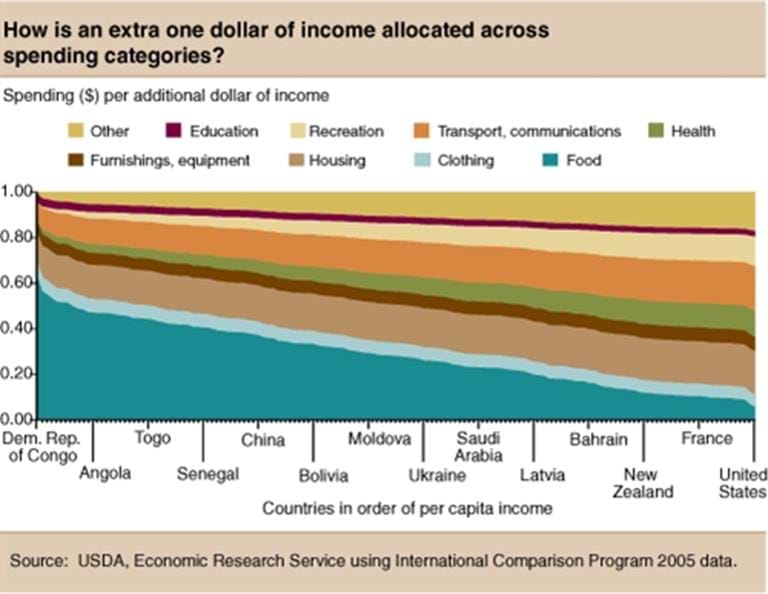 According to USDA long-term projections, continued income growth will make developing countries the main source of the projected increases in global food demand and trade. ERS researchers estimated two different measures of the effect of income growth on food spending. The marginal share shows how much of an additional dollar of income in a particular country is spent on food or other consumption categories, such as housing or recreation. For example, in extremely poor countries like the Democratic Republic of Congo and Burundi, over half of this additional dollar is spent on food. For countries such as India, Indonesia, and Colombia, which account for an increasing share of U.S. agricultural exports, the portion of that extra dollar spent on food is between 28 and 39 cents. In high-income countries, less than 10 cents of that dollar-and only 4 cents in the U.S.-is spent on food. This chart is from the March 2011 issue of Amber Waves.