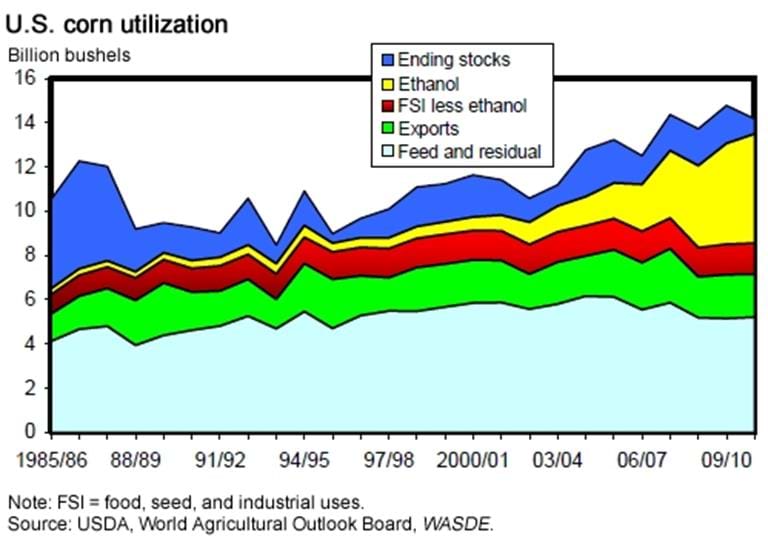 Projected domestic corn use increased in February by 70 million bushels, as demand remained strong in 2010/11 despite record-high corn farm prices. Leading the change is a 50-million-bushel increase in the projection of corn used for ethanol. Food and other industrial use is projected to increase by 20 million bushels. The export projection remains unchanged. Ending stocks for corn, relative to use, are at their lowest levels since 1995/96. This chart was originally published in Feed Outlook, FDS-11b, February 2011.