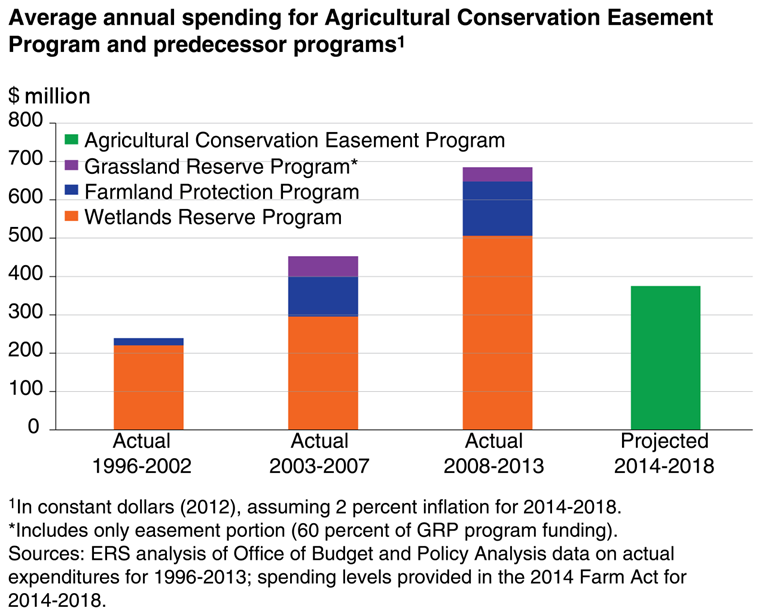 Funding for new wetland easements--an important component of agricultural conservation policy under the 2002 and 2008 Farm Acts--is likely to decline under the 2014 Farm Act. In particular, funding for the Wetlands Reserve Program (WRP) was increased in the 2002 and 2008 Farm Acts, while the 2014 Farm Act merges WRP functions into ACEP but at much lower funding. Even if all ACEP funding for the next 5 years was devoted entirely to wetland protection, it would be only 73 percent of WRP funding under the 2008 Farm Act, and doing so would leave functions previously covered by the Farmland Protection Program and the Grassland Reserve Program unfunded.