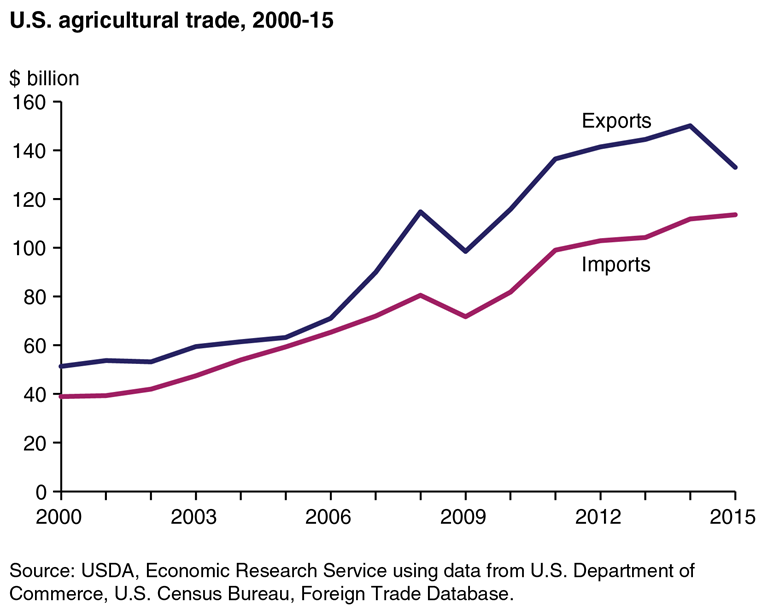 After 5 years of steady growth, U.S. agricultural exports declined in 2015 to $133 billion due to slower world economic growth, a strong U.S. dollar, lower exports of high-value products, and falling prices for bulk commodities. U.S. imports continued to grow at 2 percent in 2015 as the real exchange rate has made foreign goods cheaper in the U.S. domestic market. However, import gains were well below the 7-percent average for 2000-15, reflecting slower growth in global trade volume last year. These shifts in U.S. agricultural trade produced a trade surplus in 2015 about half of its 2014 value at $19.5 billion.